I get to considering local common characteristics of the village people. They do love a good noise, don’t they? Last year I read about the Lombard Reflex, the theory developed by the French physicist Etienne Lombard (specialist subject – Stating the Bleeding Obvious) that in a noisy crowded room people will raise their voices to give weight to their opinions, thus adding incrementally to the ambient noise pollution.

That theory doesn’t apply to some of these people though – they start off loud and work their way up through the decibels to just plain deafening.
They do love a good noise don’t they, bless them. They presumably equate noise with having a good time, the pleasure principle, as exemplified by the village feast. Saint’s days, municipal holidays, football victories, none of these events goes unmarked. It’s time for a village feast.
First the PA system is strung up among the pollarded trees of the square in front of the church and stalls of tat and seriously unhealthy snacks – egg-mixture dipped in batter, deep-fried in boiling fat and then sprinkled with sugar (a riddle inside a mystery wrapped up in an enigma) are deployed. Then comes the booming voice of the DJ testing for sound – what the system lacks in quality it certainly makes up for in quantity. Then we’re off! The banshee wailing of some local chanteuse (with impressive tubes) is belting out folklore favourites, repetitive and relentless. The people drift contentedly among the trees in the warm summer night. (They are music-illiterate – this is the only music they know).

For me It’s a bit like living, I imagine, in a normally quiet sector of the Western Front where, every now and then, there’s a small (and pointless) battle with the whoosh and crash of in-coming shells and the bang and boom of out-going ones with the distant dull thudding crump of explosions in the next sector of the line – It seemed that out of battle I escaped/down some profound dull tunnel … Then at midnight the thunderous BOOM of the celebratory fireworks, (when I first came here to this room some years ago, I nearly jumped out my skin; I thought we were being invaded from the sea – the Greek navy’s opening straddling salvo perhaps, testing the range to strike at the air-force base down in the pine forest). 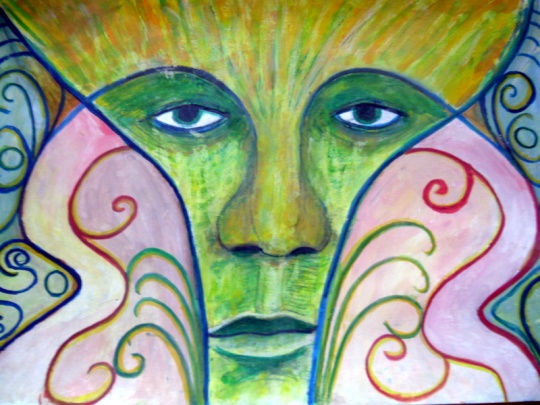 This year is especially unfortunate for me. Now check out these dates: Thursday 23rd June is a public holiday in Portugal – Corpus Christi (a movable feast dependent on an unusually late Easter); moreover it is the night of S. João and so warrants municipal noise about 30 meters from my window as the deaf crow flies until the early hours. The next day (Friday) is the feast of S. João (there are two St. Johns on the A-list – the Apostle/ Evangelist and, the saint in question, the Baptist). This time the party comes right here to the Home. The bad news is that per cubic litre of space these old dears are being are subjected to more decibels than at the Glastonbury Festival but the good news is that most of them, to a greater or lesser extent, have faulty hearing; meanwhile I cower blenching here in my room on the second floor feeling the building vibrate. The next day (Saturday) is the feast of S. Pedro, the village patron saint, so it’s time to party the night away again. The next morning (Sunday) a couple of warning guns go off at 8.30 am to remind people to wake up for the procession. Le tous Maceda has turned out to line the streets; even the wheel-chairs are shoved into a line beside the road to watch the proceedings; all that is except for one misanthropic Englishman and a couple of inmates whose minds are completely lost in the maze of forgetfulness; and finally to round off the festivities (and ram the message home) more boom-bada-bada-boom from the square at night.
Such thoughts are unseemly in someone whose life is nearing its sell-by date. I should be more tolerant. I should take the broader view. I should finish up my pastimes of reading, writing and painting, close my laptop, log off my mind and join the others in concentrating on doing some serious full-time waiting.