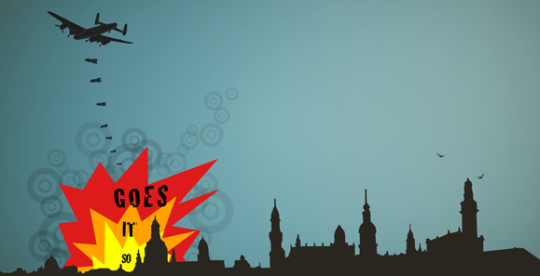 Another of the great crimes that stain the pages of 20th century history was the Allied bombing of the ancient and beautiful medieval German city of Dresden in February 1945 during the closing months of the Second World War.

The American writer Kurt Vonnegut Jr. joined the U.S. air force in World War Two. Captured by the Germans, he was one of the survivors of the fire-bombing of the city of Dresden.

He was one of the volunteers from the nearby P.O.W. camp to form a work party to go into the city and (under supervision) help the civil authorities in the maintenance of infrastructures etc. They were quartered in a former slaughterhouse under which was a cellar carved out of solid rock to cool the meat.

A character (presumably based on Vonnegut) in Joseph Heller’s sequel to Catch 22, Closing Time, takes up the tale:

That night the bombers came for us. In the daytime American planes flew in low, far apart, and shattered buildings in different parts of the city, and we thought it strange that the bombs should drop so far from each and be aimed at nothing but houses. We wondered why. They were making splintered wreckage for the fires to come, but we didn’t know that. When the sirens sounded again in the evening we down as usual to our meat storage locker underneath our slaughterhouse. This time we stayed. There was no all-clear. Through our rock walls and cement ceiling we heard strange strong, dull thumps and thuds that did not sound to us like bomb explosions. They were the charges of incendiaries… An unusual roar arose, came closer, grew louder, stayed for hours. It was like the noise of a train going suddenly into a tunnel with a blast of wind, except it just stayed … The roar was air, it was a draft miles wide sucked into the city by the flames outside, and it was as powerful as a cyclone. When it finally lessened, near dawn, two guards climbed timidly back up the stairs to try a look outside. They came back like ghosts.

«everything’s on fire,» I translated, in the same hushed voice. «The city is gone.» 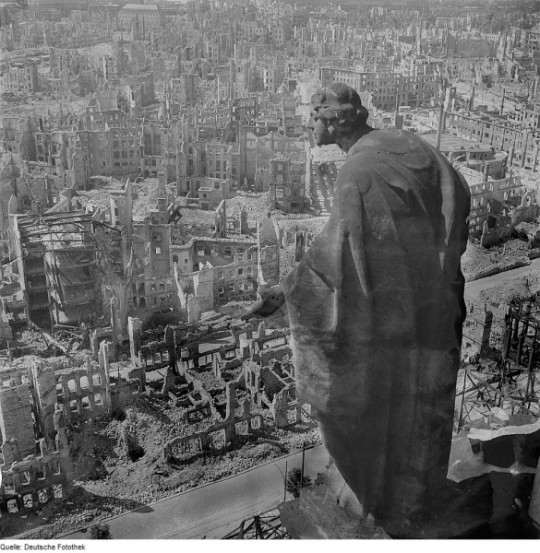 In his bitter and satiric novel Slaughterhouse-Five (1969), Vonnegut drew on his Dresden experience.

The book used that bombing raid as a symbol or metaphor for the cruelty and destructiveness of war down through the centuries. 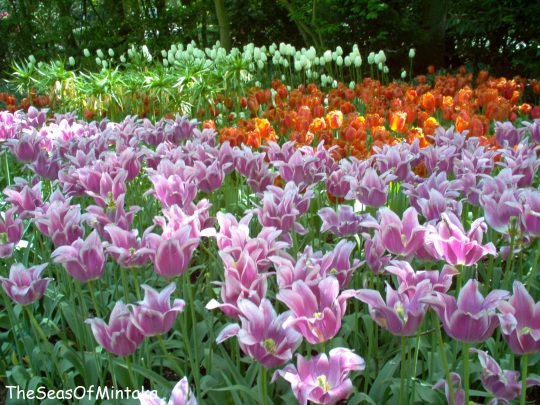 FLOWERS FOR THE DEAD