The History of the World (1)

One day I picked up from the table in the staff-room a thick paper-back book with the grand title of The History of the World. I looked at the back to check that it wasn’t the fancy title of some kind of novel, but no it really was an attempt, by a team of authors, to trace the history of the world! What breath-taking ambition, what presumption to undertake such a task! What a cheek, I thought, as I slipped the book into my bag; I’m going check this out later.

(I suppose it’s mainly a question of balance, I continued to myself – how much space to give to the age of the Enlightenment, for example, or the early Chinese dynasties; all this I was thinking as I drifted along the corridor and entered my classroom).

On the way to work I used to sometimes get off the train from Cascais at Cais de Sodré and have lunch down there, armed with the tools of my trade – a novel, a file of the students’ homework to mark and a pair of sun-glasses –  before crossing the square to catch the tram (or rather funicular) up the steep hill past the Chiado, 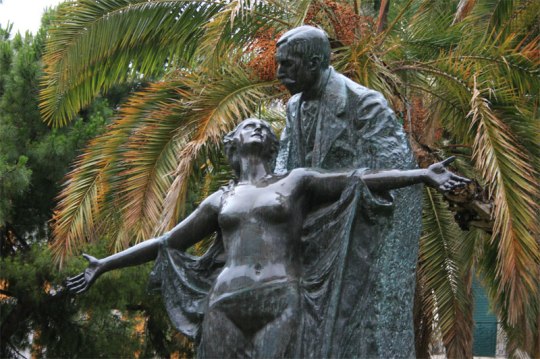 with that incredibly gauche statue of Eça de Quiroz,

to the top of the ride at the Bairro Alto and then walking along the promenade for five minutes enjoying the fine view of the castle opposite, 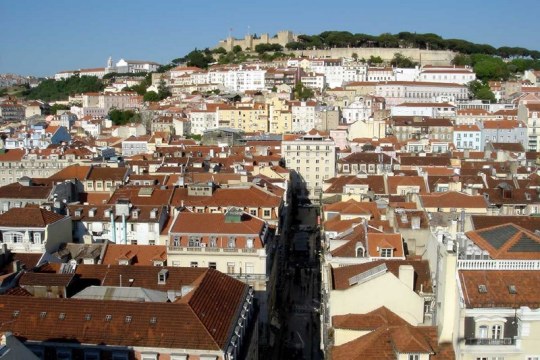 LISBON - VIEW OF THE CASTLE of S. JORGE

before plunging down again, threading my way down the steep little streets, past the botanical garden with its exotic trees, down and down to the back of the school on the Avenida. 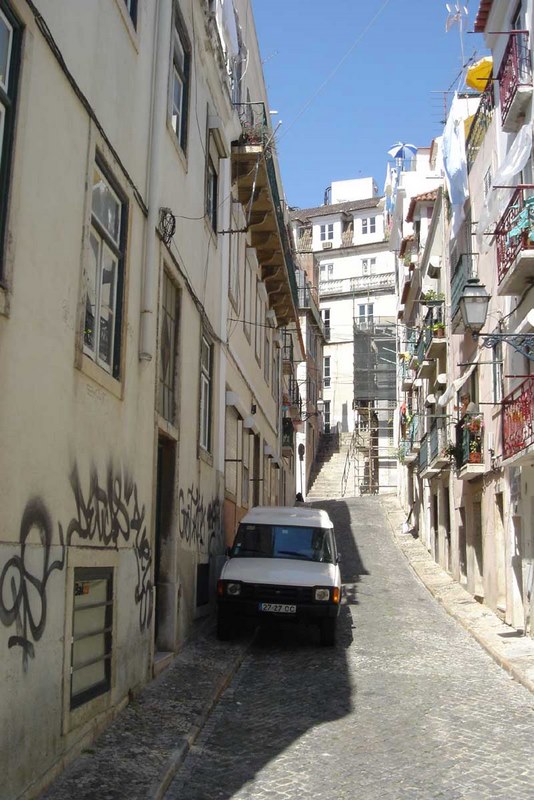 NARROW STREET BEHIND THE CAMBRIDGE SCHOOL

I did this the following day. I took The History of the World out to lunch.

Slightly contemptuously at first and then with a growing fascination, I read the first chapter – The early hominids … homo sapiens … Palaeolithic/Mesolithic/Neolithic … the sites that claim to be the cradles of civilizations … Mesopotamia – land between two rivers – Tigris and Euphrates, along the Indus river valley, on the banks of the Nile and along the great rivers of China … the Sumerians began farming in 9500 BCE … the earliest traces of written language …

I was transported from this small Lisbon restaurant with its noisy clatter, to human prehistory. This should be required reading, I though enthusiastically. Then I saw them; oh no, not them, I thought.